The opening lines of Sir John Betjeman’s poem Death in Leamington, gave me the inspiration for both the title and one of the characters in my crime novel based in this elegant town in the English Midlands. The murder of an elderly foreign visitor sets off an intricate chain of events, surprising literary encounters and one too many unexplained and gruesome deaths. For those who are interested there is a great YouTube video of Kenneth Williams and Dame Maggie Smith reading the poem on the Parkinson Show:

In addition to the name of the poem itself, I incorporated some of the idea of the poem with my character Winnie Norbury, a once-famous Shakespearean actress languishing in a Leamington nursing home who is suffering from early onset dementia. After the murder in Clarendon Square she witnesses from her upstairs window the subsequent road accident in which the murdered foreign businessman’s assailants are mowed down on their moped by a mysterious black car. She provides the vital clue in tracking down the car. The clue is hidden in the interchange below, between her and the nurse Izzie who finds her in a state of some distress:

‘Winnie, what is it? Calm down love,’ she shouted at her down the corridor of the nursing home.

‘I don’t know what’s come over her – she’s just this minute started screaming her head off,’ shouted the bemused Czech nurse as Izzie ran down the corridor towards Winnie’s bedroom. It was nearly the end of her shift, what had seemed like the longest shift ever and she was looking forward to meeting Penn at her bedsit in less than an hour. 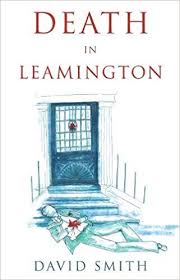 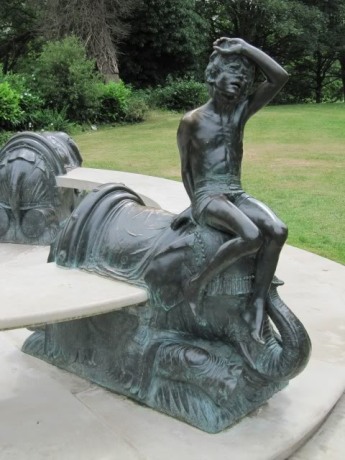 You’ll have to read on I am afraid to understand what happens to both Winnie and Izzie next as I don’t want to give away that plot point, however you can be assured that Death in Leamington continues unabated just as in Betjeman’s poem! The book is available directly through Troubador publishing or on Amazon:

I will leave you with the closing lines of Betjeman’s poem.

“Nurse looked at the silent bedstead,
At the gray, decaying face,
As the calm of a Leamington ev’ning
Drifted into the place.

She moved the table of bottles
Away from the bed to the wall;
And tiptoeing gently over the stairs
Turned down the gas in the hall.”