After visiting Seville, Finn and Francoise carry on by train to Barcelona. They were told the cathedral might take a further fifty or sixty years to finish. It was as if it revealed the very synapses of Gaudí’s mind in its raw incompleteness:

“Of course, Barcelona didn’t disappoint. How could it? Even then it had a sophistication that made it feel like it belonged to another country. If Madrid was the regal but sterile wife, Barcelona was the fertile and fecund mistress.” 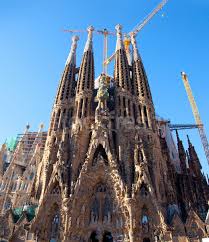 “We started at La Sagrada Família and were immediately left in awe at its sheer verticality, its tangled and absurdly swollen outlines. A furtive combination of lifts and spiral staircases took us inside the narrow pinnacles of the Nativity Façade, decorated with jewel-like glass and mosaics, some of which the guide told us ‘only the angels would see’. Back at ground level, we cowered under the forest of marbled columns that soared into the vibrant canopy above.”

“After our iced drinks, we headed purposely towards the area called Las Ramblas. As soon as we got there we noticed a crowd gathered in one of the squares and for a while watched a curious happening performed by a man made-up as a clown. He was parodying a Holy Week parade with papier-mâché figures, supported by what appeared to be members of the local gay community, tattooed and dressed in wild, flamboyant clothing. Françoise asked one of the spectators who the man was. He was apparently Ocaña, a painter and street artist who was very popular.” 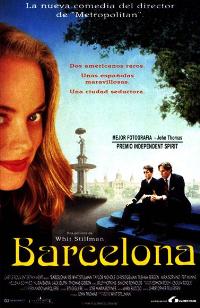 But that wasn’t, however, the end of our romantic adventures for the day. The bar we chose was full of young kids, many of them hosts and hostesses from the trade fair. It had recently been refurbished with modern art dotted amongst the original oak furniture and wrought-iron balustrades. We were about to order when a group of young Spaniards on the next table invited us to join them. I wasn’t sure given they were speaking Catalan, but of course Françoise accepted without hesitation. My doubts were confirmed, however, when one of the prettier boys started hitting on her straight away. She didn’t seem to discourage him either. There then followed another of those conversations that seemed to follow me around everywhere I went on that surprising peninsula.

‘Eres Americano?’ asked one of the girls seated across the table from me, when she saw I was temporarily free of my own chica.

‘Yes, is there a problem with that?’ I replied probably over-aggressively. I was on my guard and getting mighty hacked-off about the other guy coming on to Françoise.

‘Be calm, you are too serious, my friend. Que sólo están jugando – they are just playing. You are deep with una pasión, no?’

We were young and that, after all, was what Barcelona was all about. Politics could wait. 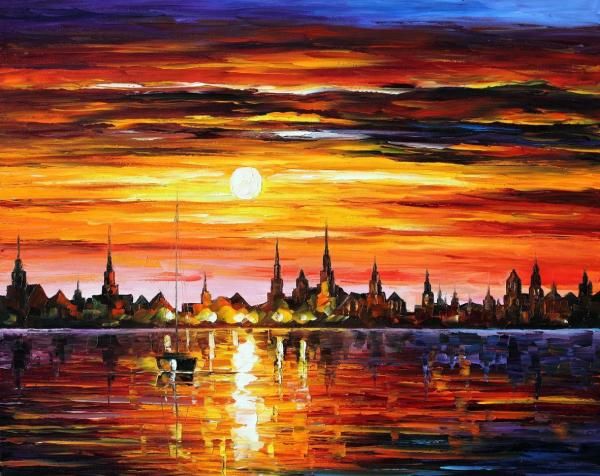 One thought on “Letters to Strabo — Being Barcelona”